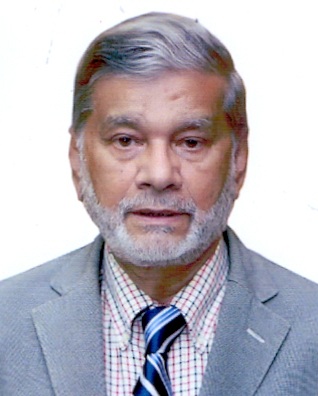 Details about the Honorable Minister:

Muhammad Abdul Mannan, MP was born in Village- Dungria, Upa-Zilla-Dakhin Sunamgonj, District- Sunamgonj, Bangladesh, in 1946. He received his early education in his village school and obtained "O'-l.evel from Pakistan Air Force school, in Sargodha, Pakistan in 1962. After obtaining graduation from Dhaka University he joined the former Civil Service of Pakistan (CSP) cadre in 1974 and served in the Government of Bangladesh in various positions, including as Deputy Commissioner of Kishorgonj, Mymensing and Chittagong Districts. He worked as Joint Secretary (Political) in Ministry of Home Affairs, Director General in the Prime Minister's office and Director General of NGO Affairs Bureau. He also served in the Bangladesh Permanent Mission in Geneva as Economic Minister. He retired from Government service in 2003 as Chairman of Bangladesh Small & Cottage Industries Corporation (BSCIC).

Mr. Mannan is married; his wife Zolekha Mannan is a teacher in a women's college in Dhaka. His daughter Sara is a Doctor and lives in the U.S.A with her husband. His son Sadat is a Managing Director in the Barclay's Capital (Bank) in the UK and lives in London.Mr. Mannan is interested in Development literature and spends time working for the welfare of the rural people of Bangladesh.Having returned a second time as Member of Parliament in 2014 he was appointed in the new Cabinet of Prime Minister Sheikh Hasina as State Minister of Finance on 12 January in 2014. In April same year he was given the concurrent responsibility of State Minister the Ministry of Planning. After the Eleventh Parliament election, he was appointed minister of the Ministry of Planning on 7th January in 2019.